We've had a really nice spring for the garden --plenty of rain, and a long stretch of cool temperatures. It's gotten hot and humid now, but everything seems to be blooming right on schedule.

I had one poppy bloom in the back garden. I'll be transplanting it as soon as the flower finishes. 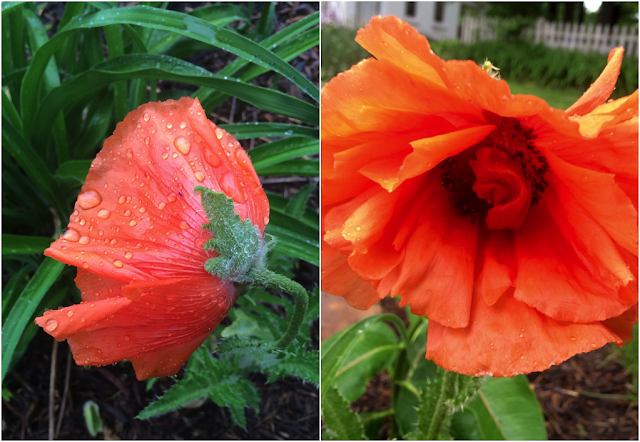 Also in the back, the purple and white iris are finishing up, and the orange iris are beginning. 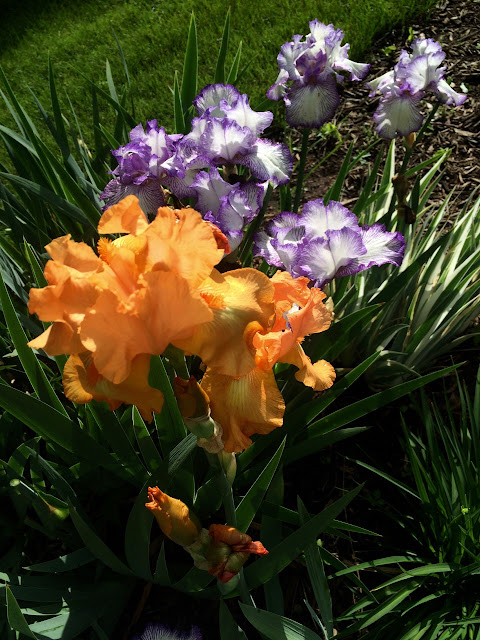 The peony that I didn't move is also beginning to bloom back here. (The one I did move is doing well, and still has it's one bud.) 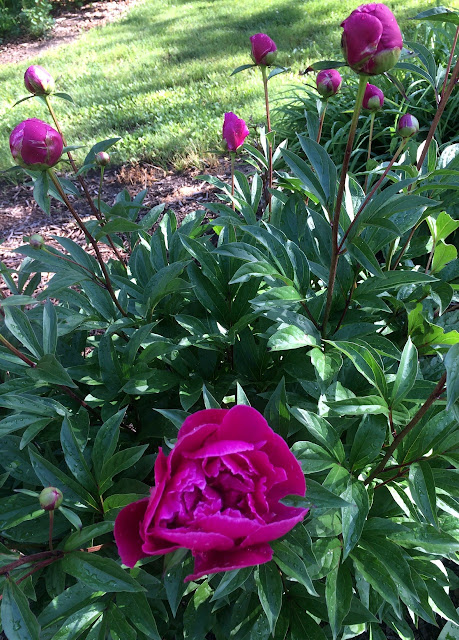 One more plant in the back garden is blooming, but it's been hit hard by the pounding rains we've had over the last two days, so it's splayed out in a starburst --the chives. 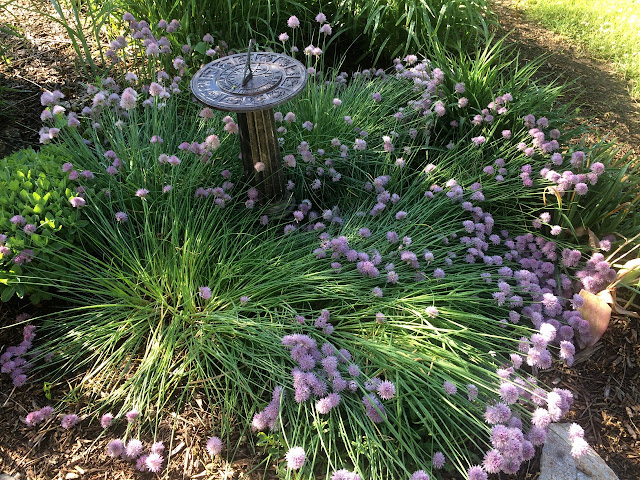 My bluestar amsonia is just beginning to open its buds. 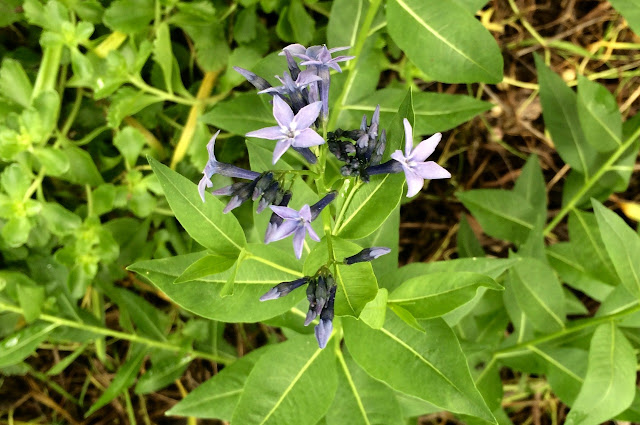 And an iris along the side of the house is also blooming. 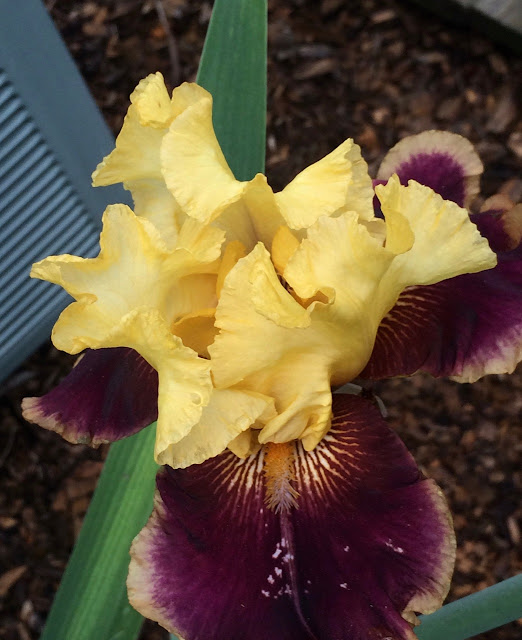 The black locust trees are also blooming right now --we have quite a few on the property, and the scent is heavenly. The flowers are very similar to wisteria (which is not hardy in our cold winters). I love these trees, even though they can be invasive. Although, I don't know if you can use the term "invasive" since they are native to North America. They're just very prolific. 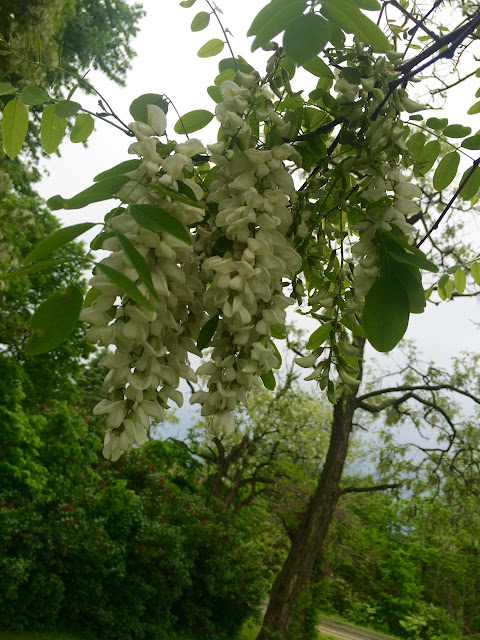 I've also added a bit more garden art (inspired in part by a post by Casa Mariposa). I picked this piece out for Rob, who loves dragons. 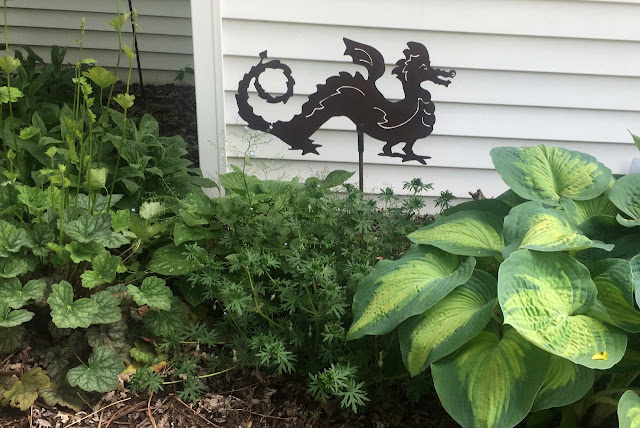 So far, I haven't seen him breathing any fire, but maybe later in the summer :-)