Goodies from the garden

We planted some carrots this year.  A mix of orange, white, yellow and red, grated for muffins: 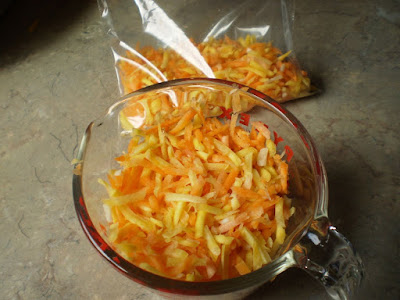 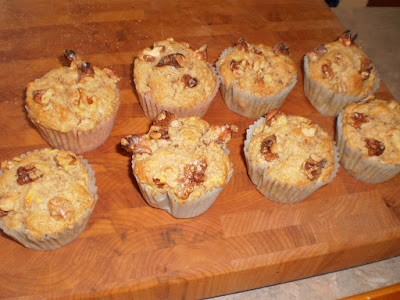 And tonight's dinner, with tomatoes and basil from the garden: 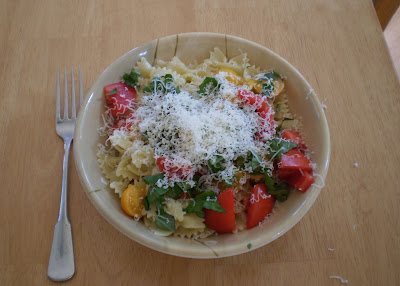 Some things I found wandering through the garden this afternoon.

Baby caterpillars --who knows what they will be? 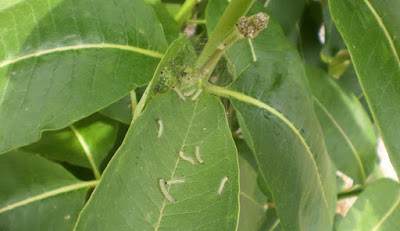 Maybe this guy? It's a Milkweed Tussock Caterpillar. I think he's cute. 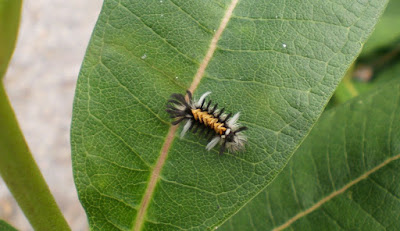 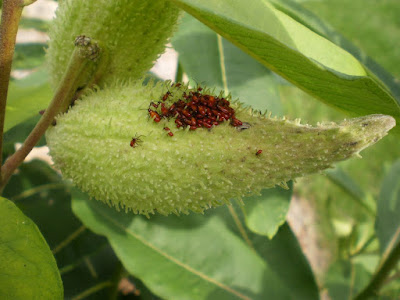 Luckily, there were also some nice things to see. A rose coming back --the Japanese Beetles didn't affect the roses as much this year, don't know why. 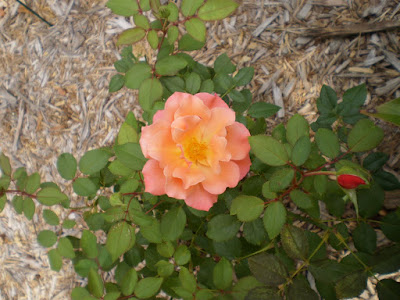 My butterfly weed is having second wind. 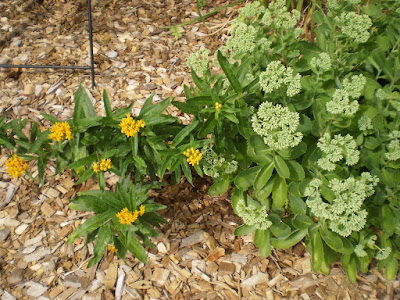 And this self-seeded cleome has really outdone itself. 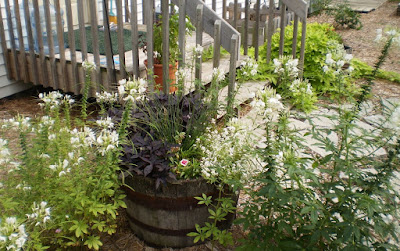 And, of course, the grass really needs mowing this weekend!

So, a couple of years ago I planted an orange coneflower (sunset was in the name). This year, here is a stem from it: 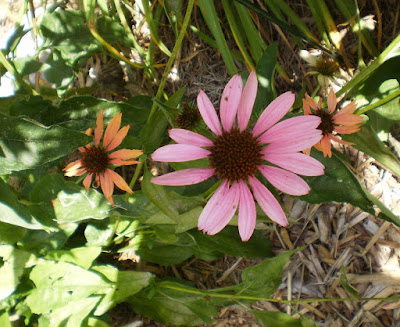 Yes, it now has orange and purple flowers on the same stem.

Some questions for my more experienced gardening friends:  There is a purple coneflower planted fairly close. Would this color change have happened anyway, or is it something about having the purple one so close?  And will it always have both colors, or will it eventually become all purple?

Well, I have not been doing much in the garden except pulling a weed or dead-heading a flower here and there.  However, my daughter got inspired by a Fairy Houses book we have, and started building.  These pictures are of her first house --there are others sprouting up all over, but I don't have pictures of those. 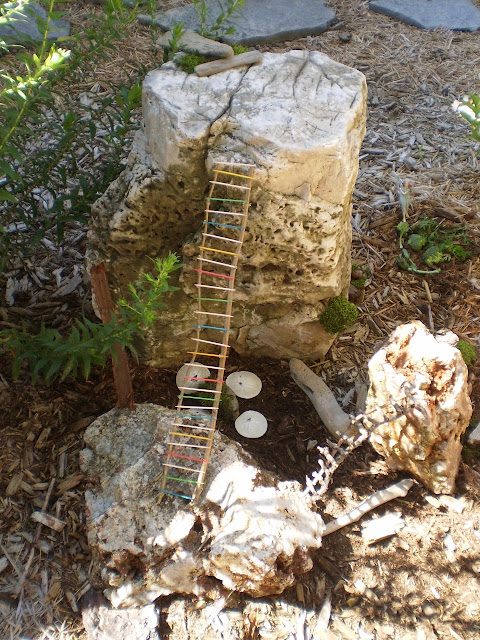 This is a far-shot, looking at the whole house, nestled into some nice rocks we have in our garden. 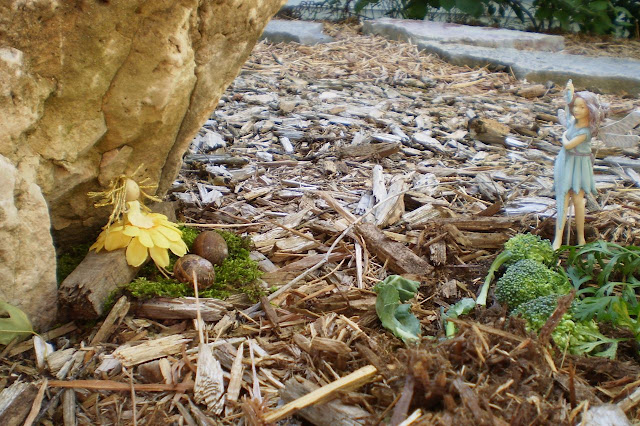 Here is the garden, with a fairy she made sitting on a bench watching, and a resin fairy we bought several years ago working on the garden. 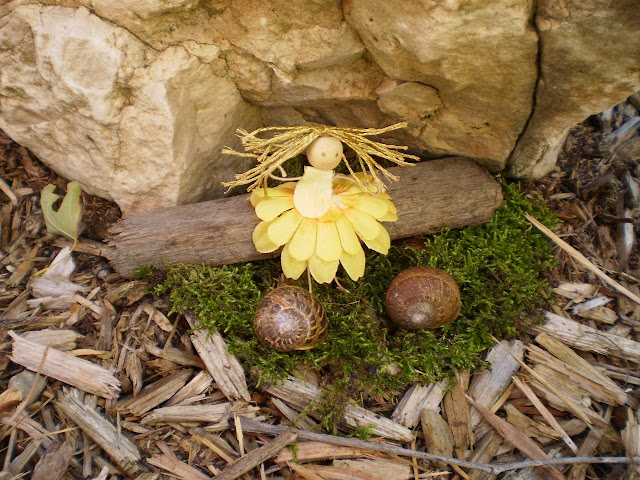 This is a close-up of the fairy she made (the basics come from a Klutz book for making fairies). The two snail shells are from the garden of the bungalow we stayed in while in California this summer. 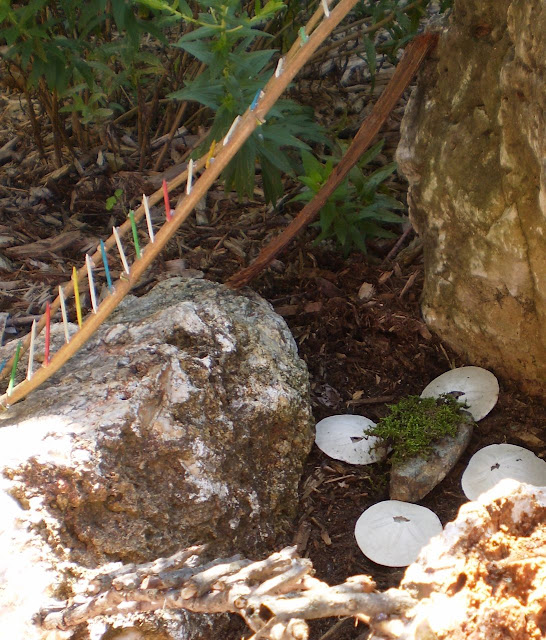 This is a close up of the dining area, nestled between the rocks and under the ladder. The sand dollars are also from our trip, picked up on Somoa Beach.  She has had a lot of fun creating both the houses and some fairies to populate them.
Posted by Cassi at 4:50 PM 4 comments:

Newer Posts Older Posts Home
Subscribe to: Posts (Atom)
If you have a library and a garden, you have everything you need.
~Socrates